My City is Rome, local Northern Virginia metal band, announced Sunday afternoon they are searching for a new vocalist.

No official word has come out from the band as to what happened with old singer, Pat, but let’s skip the speculation and drama and jump straight to wishing him good luck in his future adventures (musical or not). 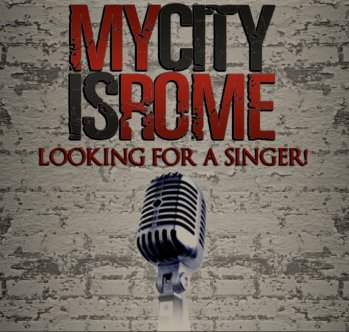 My City is Rome, MCIR, has posted a try-out instrumental track on their Facebook page for MCIR vocalist-hopeful’s to download and record an audition to. The band has stated they are looking at your vocal ability, not your recording quality – so don’t hesitate to audition just because all you have is your laptop microphone.

Think you have what it takes to be the next vocalist of this metal band?  So far MCIR has stated on their Facebook page that they are looking for a vocalist that can preferably sing and scream, however MCIR is open to any interpretation you may hold for their music. And in case you couldn’t tell by the request for you to create your own lyrics to their instrumental try-out track, MCIR is also looking for someone who can write.

Auditions (and questions) can be submitted to MCIR at mycityisromeband@gmail.com in the form of mp3 or video. Currently the band is only accepting submissions from vocalist-hopeful’s that download the tryout track and record their own vocals to it.

The best of luck to all MCIR vocalist-hopeful’s, I for one look forward to seeing those boys take the stage once again.